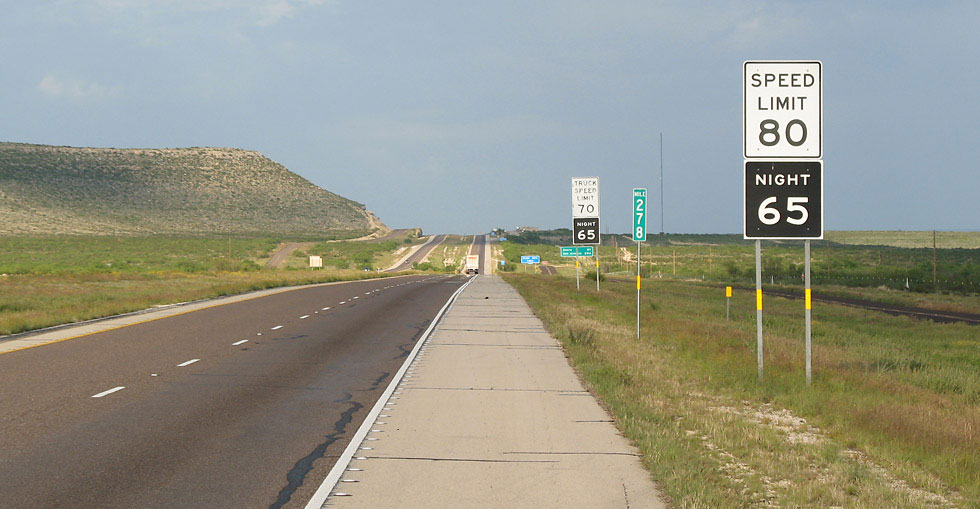 For Everblades, highway safety is a top concern. In fact, that’s why Everblades Heated Windshield Wipers exist in the first place because increased visibility means safer driving conditions and your windshield wipers are an important component of that. Another potentially major factor for the welfare of all on the road is the speeds at which vehicles are traveling.

You may have heard some talk about raising speed limits in several states in the last couple of months. Some expressways may be going up to 80 miles per hour (mph). What could that mean for highway safety? Why are these changes being discussed? Because we care about more than just your windshield wipers, Everblades has a few answers for you.

The Progression of Speed Limit Laws

Right from the beginning, the speed limits on various roads were decided by each individual state. This makes sense because it is up to the state to enforce these traffic rules. However, in 1974, President Nixon responded to a fuel shortage and attempted to right the problem by imposing a nationwide limit of 55 mph. Although states could still choose to have higher limits, those roads would not be funded by the federal government.

This act went through some revisions in 1987 and 1988 only to be dismissed completely in 1995. At this point, Congress turned the power of decisions regarding speed limits back to each state. A few states did raise up freeway and highway limits to 65 mph or even 70, but the decision is based on the design of the road and what’s best for that particular stretch.

The question of safety plays the biggest role when it comes to setting speed limits. Many people believe that faster speeds must mean more accidents and less safety. In fact, this is a much debated topic, with opinions falling in on both side of the numbers.

Studies show that the actual posted limits really have little impact on driver behavior. In fact, 85% of drivers move at whatever speeds they are comfortable with to match the flow of traffic as opposed to what the laws say. The problem with that is then there are a lot of speeding tickets being handed out, and fines being paid when driving slower than the traffic around you is actually dangerous.

According to the National Motorist Association, keeping speed limits lower than the speed that traffic is actually moving at increases danger. The NMA explains, “Those driving 10 mph slower than the prevailing speed are more likely to be involved with an accident”.

Others must agree because we have been seeing limits around the country getting higher. The Insurance Institutefor Highway Safety reports that over 38 states currently have limits above 55 mph, at least on some stretches. This website details out what speed limits are set on which states. Of course, the state retains the ability to lower limits for inclement weather periods, such as what happened this week on certain roads.

Naturally, not everyone agrees with the information that suggests that raising speed limits actually increases highway safety. Many believe that there is no negative affect on highway safety, and some find the concept that driving 55 mph lowers fuel consumption to be questionable. L.A. Times shared an article this past December that discussed both sides of the coin. The article reports that “many safety officials are scratching their heads over a perilous trend they say will lead to more – and more ghastly – fatalities”.

So which is it? Research and studies can lean either way, but the fact is that no two roads in the United States are exactly the same. A curvy highway with low visibility would not likely be served well by raising posted limits. But if drivers on a road built for higher speeds just go ahead and move with the flow of traffic, some ask what the point of the posted speed limit is.

No matter which side you lean towards for speed limits, it is undoubtedly a challenging decision for policy makers that could affect us all. Lucky for us, windshield wipers are not such a hard topic! They are a necessary safety function for your vehicle, and Everblades takes the next step by simplifying winter driving with our heated wiper blades.

What do you think about current speed limit discussions? We would love to hear from you, just find Everblades on Facebook! And don’t forget to order your very own set of quality windshield wipers now because we may not be able to control all aspects of highway safety, but a clear line of sight is right at your fingertips!